The automobile has long symbolized freedom in popculture, freedom to go wherever, whenever. It's no wonder vanlife has gained popularity especially among young adults in the past couple of years. Urban day-to-day life and its hectic nature drove VAI-KØ's entrepreneurs, Henri and Maria, too to look for freedom in the van lifestyle. It turns out freedom is not free and in this article our Finnish couple tells us their ups and downs of living in a van.

"YOU'LL HAVE TO FIGURE OUT WHAT FREEDOM AND HAPPINESS MEAN TO YOU IN EVERYDAY LIFE, AND WHAT YOU ARE WILLING TO COMPROMISE TO ACHIEVE THAT."

“We both noticed a longing in us for a more simple lifestyle close to nature. We had both previously lived in a camper van for short periods, and so making the final decision to buy a van and move into it didn't feel rushed", Maria says.

The first time Maria and Henri moved into a van was on their trip to New Zealand. Back then they slept at the back of a station wagon with surfboards on the roof and a will to catch the best waves. But the very first time they fell in love with vanlife was even earlier: with Maria it was driving around with her grandfather in her childhood and with Henri moment came around his 18th birthday driving around, biking and sleeping in a car with his friends. "I remember thinking, this could some day become a lifestyle to me", Henri recalls. 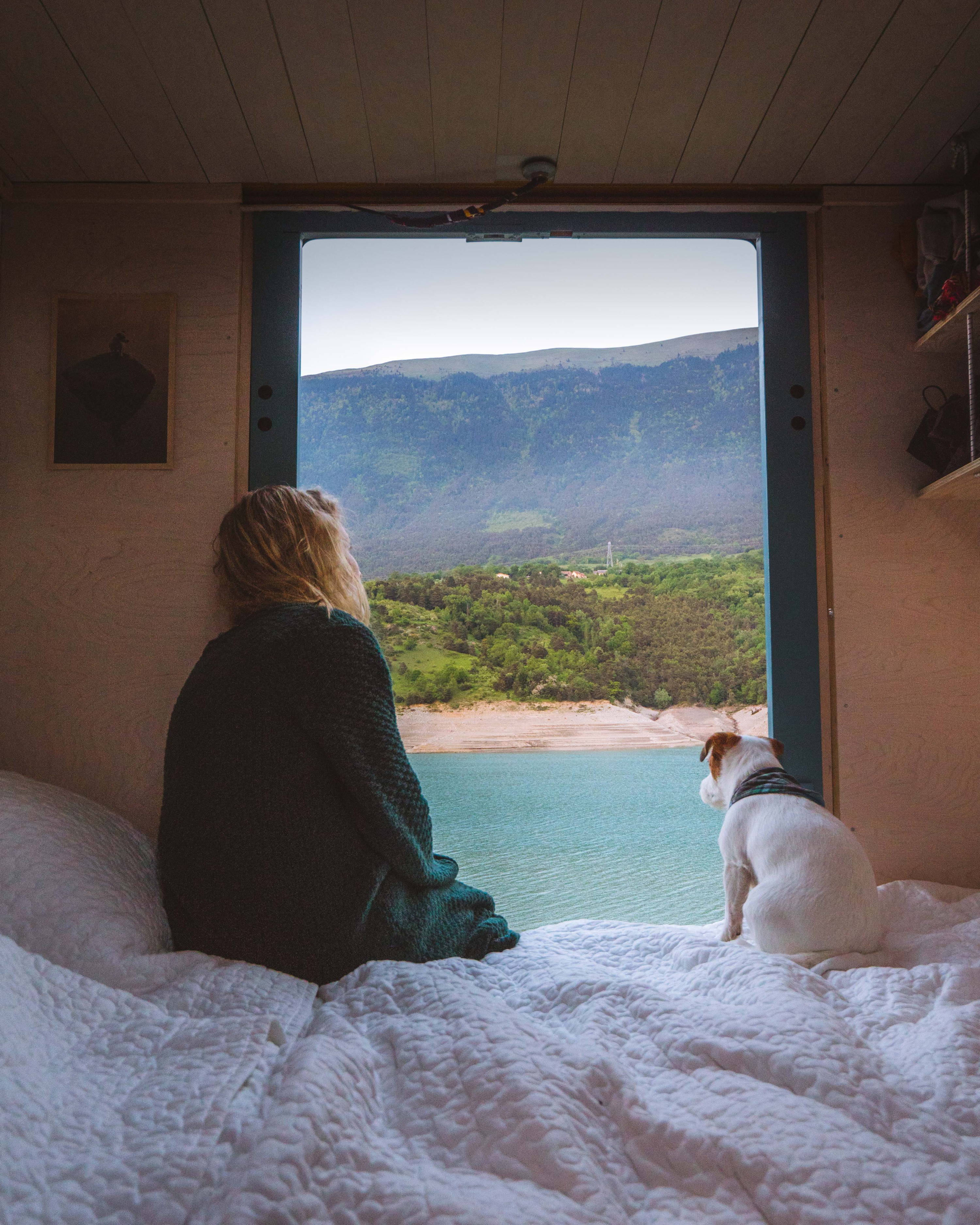 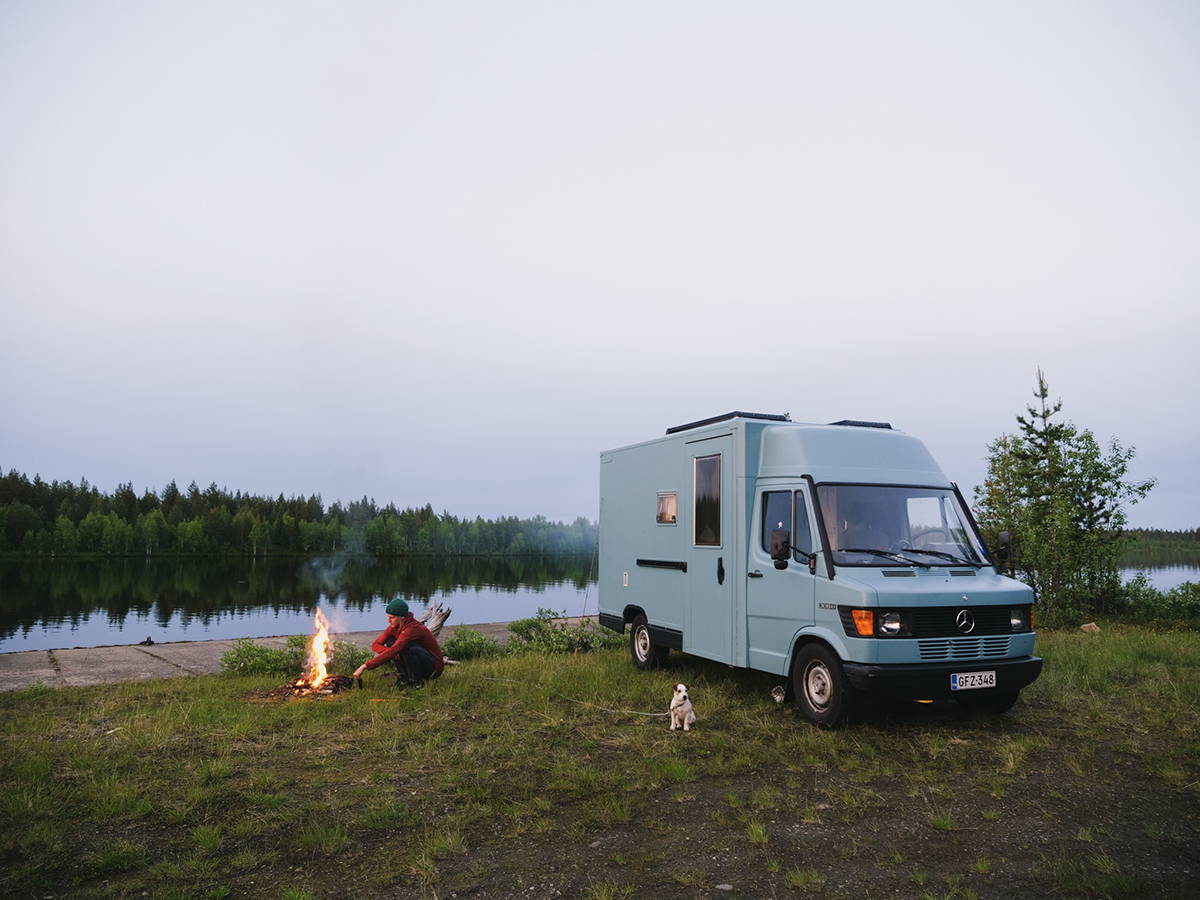 It took almost ten years for this dream of having their own camper van to become a reality. But finally the couple's other dream, of having their own clothing brand, made it possible for them to jump into vanlife. And so two years ago the VAI-kØ entrepreneurs sealed the deal and bought an old German mail van and named it Urho. "Urho earned its name on our maiden voyage to Lapland, as it climbed, to your great surprise, a steep and rocky hill", Maria explains. In addition to living in a campervan, Henri and Maria share an apartment with a senior relative: "The name Urho is also a tribute to our 91-year-old flatmate that has the same name and has traveled over 50 countries with lots of stories to tell", Maria recounts.

In six months the yellow 1995 Mercedes 308D van transformed into a light blue scandinavian styled camper van. Friends and relatives lended a hand in the building process and in the last few months Henri and Maria got rid of their old apartment, most of their posessions and worked on the van full time. Maria's degree in Industrial Design was helpful and so was social media with great instructions from people that had done a van conversion of their own. Still the work took quite a lot more time than planned. "We have definitely learned that surprises are a part of vanlife, you never know what to expect", Henri says with a laugh.

If one searches hashtag vanlife on Instagram, up comes a vast selection of polished pictures of sunsets and fancy breakfasts. Updating social media is a source of income to a lot of full-time vanlifers, that's why the images that represent this phenomenon are professional quality. Combined with the tendency to post only the beautifully visual parts of life the end result is often a highly deceptive vision the reality of living in a van. "Sometimes it rains and the whole van is damp, we haven't been able to find a public toilet and it's been days since our last shower. Those moments are rarely shown on Instagram but they definitely are a part of regular vanlife", Henri summarises. The mood can go from euphoric to horrified in an instant: a week ago the couple had been rock-climbing in the glistening evening sun in Southern France and were coming back a couple hundread meters to the van. Soon they noticed the van had been broken into: a camera and some cash was missing and things were all over the place. 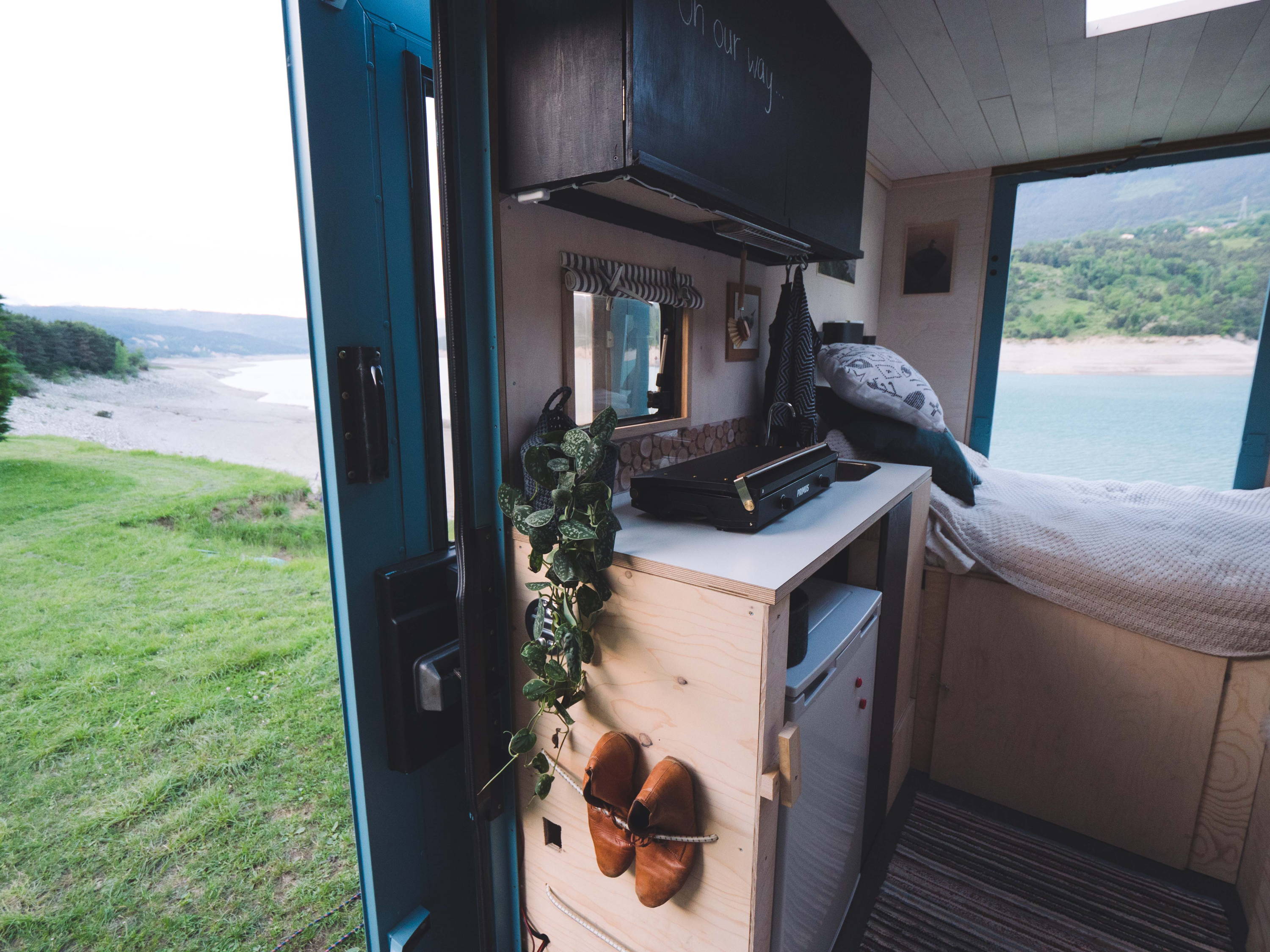 Despite the hardships and compromises, Henri and Maria are positive vanlife gives more than it takes. "We get to spend a lot of time in nature doing the things we love, such as hiking, climbing and surfing. We get to work from a cute coffee shop or the beach, more on rainy days and less when the sun is shining. Urban life and its schedules don't bind us when we're living in our van", Henri lists. "On the road life is spontanious: we are free to change our plans according to weather or how we feel. I also really enjoy being free of all that extra stuff, getting rid of it was great", Maria blazes and adds, "To us, freedom means being free to go but to also have someplace to come back to. Not all vanlifers have a fixed home to come back to but my opinion is, a mental hometown is a healty thing to have. Two years ago we met a man that had gotten stuck on travelling with a van. He said that if you travel without a place to return to, you're no different from a refugee, and I do belive that." 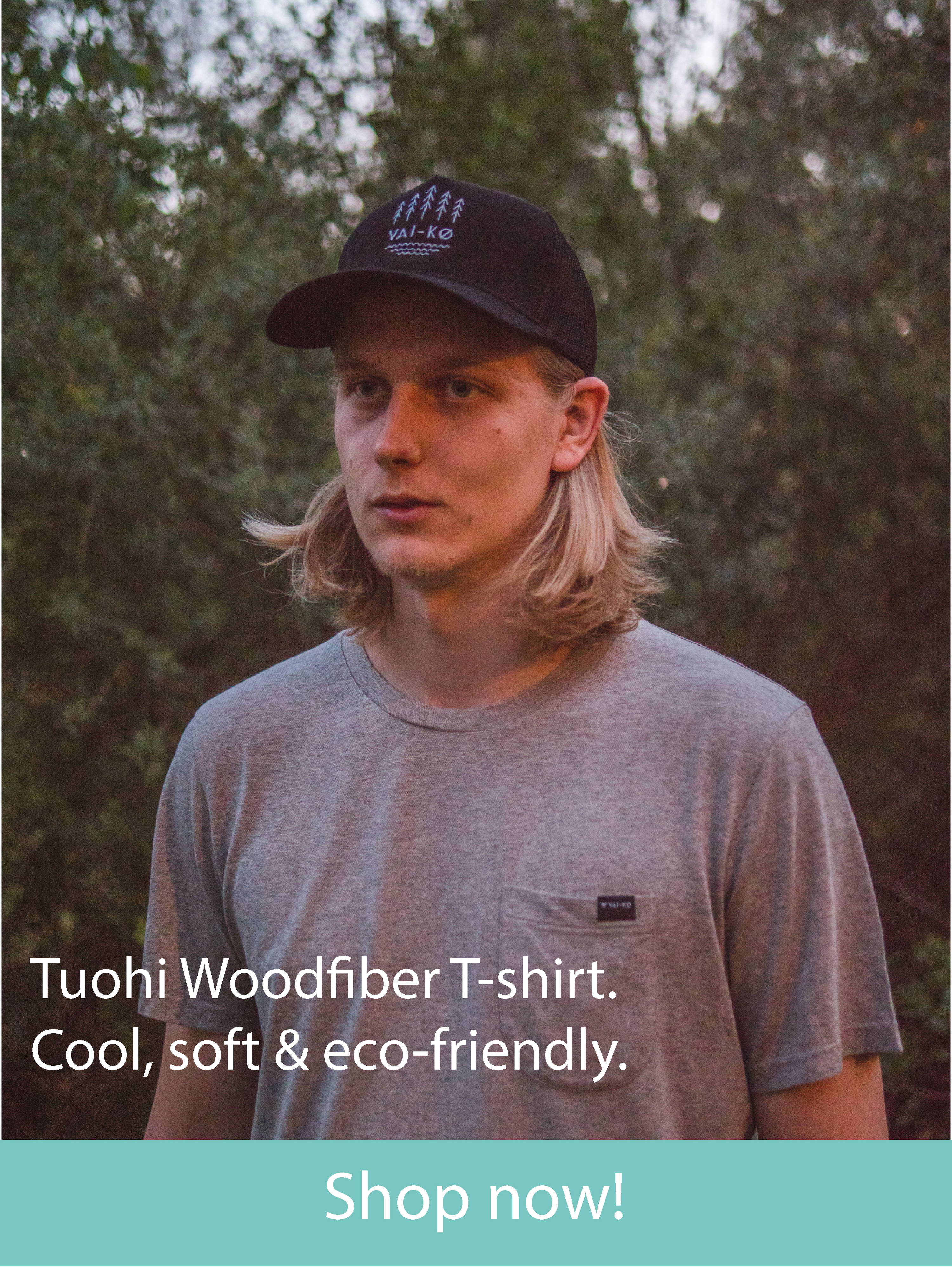 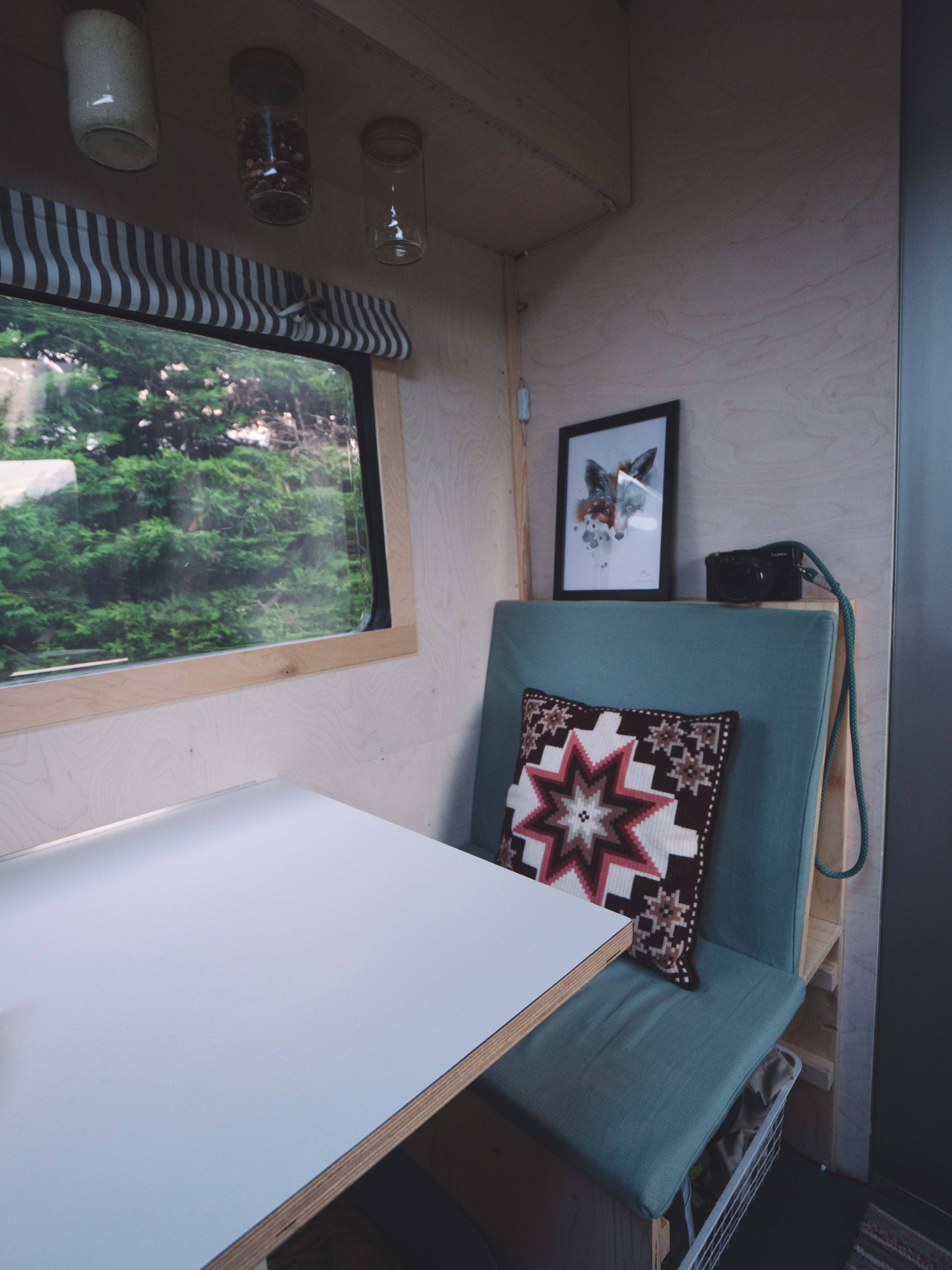 Henri & Maria's 4 tips on getting started with Vanlife:

Figure out what freedom means to you in everyday life and what you are willing to compomise to achieve that.

First, try living in a station wagon during a weekend trip or rent a van or a mobile home for a longer road trip. You'll quickly find out your deal-breakers and must-haves for a van.

Ask for help.Building a camper van and moving in is a big project. Often help and know-how is closer than you think, if only you ask.

Search online. There's a lot of tips and tricks on converting a van into a camper and living the vanlife on social media. 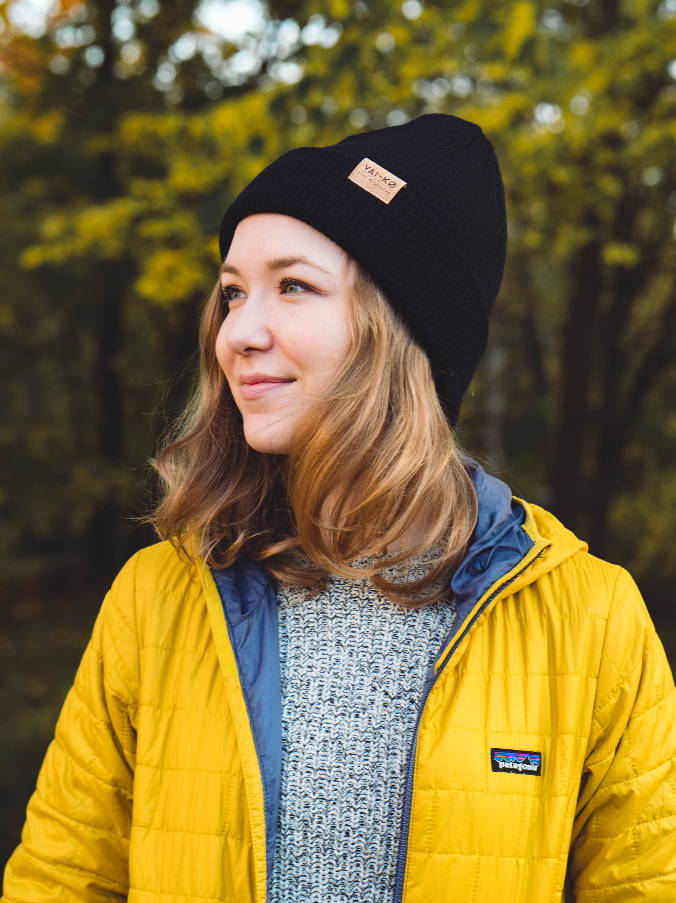 RIINA,
is the communications person at VAI-KØ, who is learning to include some of that Live Alternative -attitude in every area of her day-to-day life. Writer's weakness is watching family vlogs on YouTube.